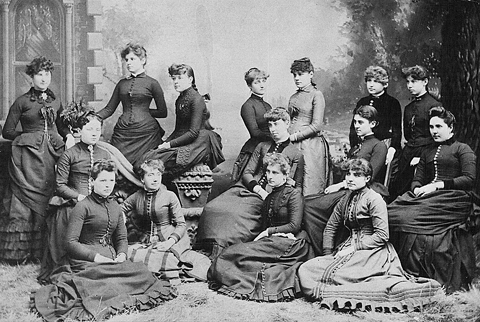 Our Badge - The Lyre
The Lyre of Alpha Chi Omega was chosen by our founders after much research. The one they decided upon was the replica of the harp because it stayed true to their musical interest. The founders were also delighted to find that according to Greek mythology the first instrument played by the gods on Mt. Olympus was a lyre!

Our Open Motto:
"Together let us seek the heights."

Founders' Day - Sisters gather on October 15 of each year to recognize the fraternity’s fall founding at DePauw University in Greencastle, Indiana. On Founders' Day, members wear their badges, along with scarlet and olive green ribbons.

- On March 1 of each year, members recognize the fraternity's commitment to helping others by conducting service projects and offering assistance to others. We separate into groups and dedicate our service to local places in the area like firefighters, schools, etc.

State Days and Province Gatherings – Many states and provinces hold events to unite sisters within a specific geographic area.

The Symphony of Alpha Chi Omega: 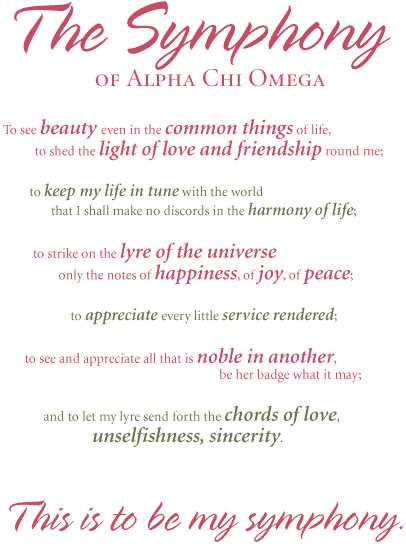